It was never going to top “Rogue One”, the Star Wars spin-off that left everyone (including me) pleasantly surprised, but “Solo” is the kind of summer blockbusters that has all the right ingredients to entertain its target audience. Unlike every film since “The Force Awakens”, this one actually […] 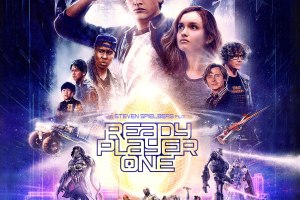 Can a movie be set in 2045 and still feels straight out of the 80’s? The answer lies in Steven Spielberg’s CGI extravaganza “Ready Player One”, an ode to pop culture and…dare I say…the Atari 2600, which holds a special place in my heart. But good CGI doesn’t […]

It’s finally here: the biggest, best superhero gathering of all time, and fans couldn’t ask for a better result. “Infinity War” is an epic in every sense of the word, a feast for the eyes and the senses, an exhilarating ride from start to finish. You name it. […]

How you react to this fresh adaptation of “Tomb Raider” will have a lot to do with your expectations. I didn’t care much for the two movies starring Angelina Jolie (come to think of it, they were awful, despite a good performance from Jolie), so I was certainly […]

There’s been a lot of hype surrounding Marvel’s latest superhero movie “Black Panther”, and now that I’ve finally seen it, I can genuinely say that the hype is truly justified. This is one of the finest superhero films I’ve ever seen: visually stunning, sharply-written, and directed with a […] 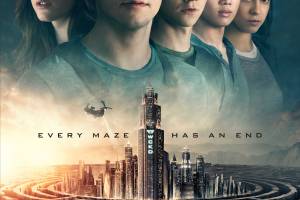 The final chapter in the “Maze Runner” trilogy is a huge improvement over its predecessor. While the first film offered an intriguing premise (a bunch of kids trapped in a maze with no blueprint in hand), the second one decided to settle for formula, which was disappointing for […]

I was no more than 8 years old when the original “Jumanji” film was released. As an undemanding kid, the movie entertained me, despite its simple story. Now as an adult, I walked in to see “Welcome to the Jungle” with no particular expectations, and what I got […]

I still remember struggling with mixed feelings when Disney announced that it would be acquiring the rights from George Lucas and kick-start a whole new “Star Wars” trilogy. What would happen to a saga that clearly ended on Endor with the burial of Darth Vader? The minute “The […]

I don’t like the word “hype”, but with “Thor: Ragnarok”, at least I can say that the hype is justified. This is easily the best “Thor” movie thus far and one of my favorite Marvel films as well. As someone who enjoyed Thor’s first adventure, I thought “The […]

You don’t walk in to see a disaster movie starring Gerard Butler expecting quotable dialogue or a ground-breaking story. And “Geostorm”, written and directed by Dean Devlin doesn’t claim to be something it’s not. It does offer eye-popping special effects, but everything else, from the acting to the […]