I didn’t think I’d care for another version of “Little Women”, but now that I’ve seen what writer-director Greta Gerwig has managed to achieve, I have to apologize. This is a beautiful film from start to finish, a staggering achievement from a filmmaker that doesn’t play by the […]

In modern romantic movies, from the words of Nicholas Sparks to “The Fault in Our Stars”, tears are the ultimate goal. Just get a load of “The Sun is also a Star”. I watched the film version of Nicola Yoon’s novel surrounded by people who probably read the […]

Hollywood has given comedies a black eye these past few years, so it’s always refreshing to encounter one that doesn’t fail to entertain. “Long Shot”, directed by Jonathan Levine (if you’ve never seen his terrific movie “50/50”, do it now) and starring Seth Rogen and Charlize Theron as […]

You can see it coming a mile away. Naive young college girl (Josephine Langford) meets and falls in love with a bad boy (Hero Fiennes Tiffin). They embark on a somehow “impossible” relationship (I believe the word I’m really looking for is “toxic” but who am I to […] 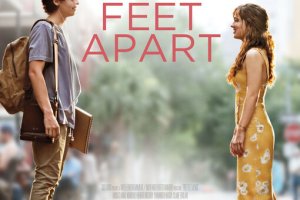 I bet you couldn’t wait for the next movie about two sick teens who fall in love. I’m kidding, of course, but if you’ve seen “The Fault in our Stars”, then you probably know what to expect from a movie like “Five Feet Apart”. Personally I’ve enjoyed the […]

This stunning movie from Polish director Pawel Pawlikowski is up for 3 Academy Awards, and deservedly so. Shot in beautiful black and white and set against the backdrop of the 1950’s Cold War in Poland, Pawlikowski tells an impossible love story between two musicians: Wiktor (Tomasz Kot), a […]

Bradley Cooper has managed to do the impossible: take an old-fashioned Hollywood story that’s been done and redone so many times before (in 1937, 1954 and 1976), hire Lady Gaga to play the lead, and turn it into one of the best films of the year. In many […]

It wouldn’t be completely unfair to say that this movie has no reason to exist except to showcase two of Hollywood’s most beloved actors of the 90’s: Keanu Reeves and Winona Ryder. These two have been friends for 30 years and appeared in several movies together. But “Destination […] 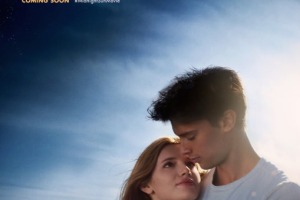 It’s not Valentine, but we got a tearjerker that reminds us that Hollywood doesn’t know how to make good tearjerkers anymore. “Midnight Sun”, starring Bella Thorne as a teenager who can’t be exposed to sunlight due to a rare genetic disease, is manipulative, cheesy, and just downright generic. […] 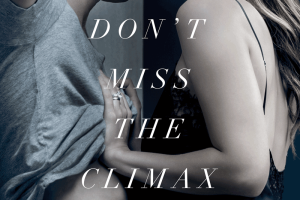 Think of every bad movie I’ve ever reviewed on this blog. Way below that is “Fifty Shades of Grey” and its sequel “Fifty Shades Darker”. Then there’s 50,000 feet of horse shit. Dig another 100,000 feet until you hit rock bottom and there you will find “50 Shades […]