A new idea for a Hollywood comedy is a rare thing to find these days. The fact that “Tag” feels (somehow) fresh more often than other films of the same genre is cause for cheering. And if you have a cast that includes Ed Helms (in one of […]

No surprises here: “Fallen Kingdom” doesn’t live up to its predecessor, and understandably so. This sequel only exists because “Jurassic World” was a monster hit (personally, I enjoyed it a lot), and managed to put the Jurassic Park franchise on the map again. The new film isn’t bad […] 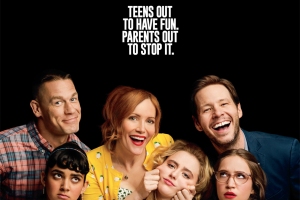 Funny, vulgar, raunchy. That’s “Blockers” in a nutshell. The film earns its R-Rating right from the start, as we meet three parents (John Cena, Leslie Mann and Ike Barinholtz) who are on a mission: to stop their daughters from having sex on prom night. It’s a silly set-up, […] 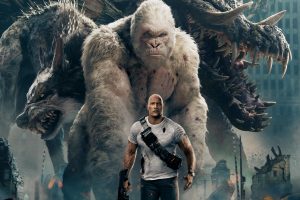 It wasn’t until I spotted an arcade cabinet that has “Rampage” written all over it that I realized that this movie is indeed based on the famous 1980’s game, in which giant monsters are trying to destroy an entire city. The game was fun and straightforward, and the […]

Who doesn’t love game night? Now we finally have a raunchy comedy that takes everything we know about game night and makes it even better. Jason Bateman and Rachel McAdams work well together as a couple who are good at almost every game. That is until Bateman’s brother […] 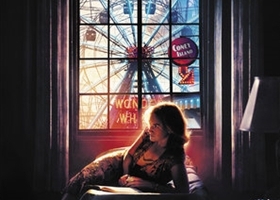 While it doesn’t add anything new to Woody Allen’s fruitful career, it’s difficult to dismiss his latest film, “Wonder Wheel”, just because I had a good time watching it. It has an abundance of eye candy and an amusing cast, making it entertaining enough for any Allen fan. […]

Only a skilled filmmaker like Clint Eastwood can take real life heroes, put them in a movie, and make something out of it. I’m talking about Spencer Stone, Anthony Sadler and Alek Skarlatos, three childhood American friends who, while vacationing in Europe in 2015, had to face a terrorist […]

The Oscar for best actor in a leading role goes to Gary Oldman. His brilliant performance as Prime Minister Winston Churchill is the best, and probably only reason to see this slice of history. Of the movie itself, I can’t say I loved it. I suppose there’s no […]

I’ve been a huge Martin McDonagh fan for at least a decade now. His movie “In Bruges” won me over completely and I still have fond memories of his underrated “Seven Psychopaths”. That being said, I didn’t fully appreciate his latest film, “Three Billboards Outside Ebbing, Missouri”, despite its […]

The final chapter in the “Maze Runner” trilogy is a huge improvement over its predecessor. While the first film offered an intriguing premise (a bunch of kids trapped in a maze with no blueprint in hand), the second one decided to settle for formula, which was disappointing for […]