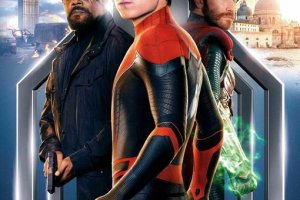 In my mind, nothing could ever come close to Sam Raimi’s “Spider-Man 2”, but “Far From Home” is nearly there. It’s a terrific follow-up to 2017’s “Homecoming” and a worthy companion to “Avengers: Endgame” that reaffirms the fact that Tom Holland is here to stay. Who would have […]

Judging from the early reviews and reactions, you’d think that “Dark Phoenix”, the final installment in the “X-Men” franchise (at least until Disney takes over), is a complete disaster. It isn’t. But it’s not great either. I think the film’s biggest mistake is that it happens to fall […]

Unlike many action franchises, “John Wick” just keeps getting better and better. The first one reinvented Keanu Reeves as a major movie star. The sequel took things to the next level. Now chapter 3 delivers super-sized summer entertainment that ranks among the best action movies of the year […]

The sequel to the 2014 movie is tons of fun. If I sound surprised, then perhaps I am. I didn’t have any particular expectations this time around, having been burned before. What’s more, I wasn’t sure how all these different monsters would fit in one movie. But this […]

Having reviewed the first season of “Cobra Kai” last year, I thought it would be a good idea to do the same after binge-watching season two. This is a terrific follow-up to last year’s Youtube show that gets everything right from the word go. If you recall, season […] 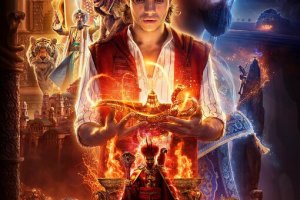 I was 5 years old when my mom took me to see the animated version of “Aladdin” back in 1992. To this day, she still tells the story of how I sat through the whole movie mesmerized by pretty much everything. As the years went by, the movie […]

This is it. The movie we have all been waiting for. Last year’s “Infinity War” left fans shocked, confused, and eager to see how things would end in the final installment. “Endgame” offers excitement and resolution, as it should. But it’s hard to talk about it without revealing […]