Here is the jaw-dropping, heart-stopping movie we’ve been waiting for all year. Francis Lawrence follows up last year’s “The Hunger Games” with a stupendously entertaining sequel. If you didn’t see the first chapter in this three part film version of Suzanne Collins’ bestselling trilogy, get the DVD. Lawrence leaps […]

Nothing heats up the fall season like a Formula One movie directed by non other than Ron Howard (“Frost/Nixon”, “A Beautiful Mind”, “Apollo 13”) . “Rush”, starring Chris Hemsworth (aka Thor) and Daniel Bruhl (in a performance of a lifetime) is a knockout. At first, you’d think a […]

Question: How do you transform a simple story about survival into one of the most dazzling movies you’ll see this year? You call Alfonso Cuaron, the director of “Children of Men”, who turns it into a magnificent and moving experience. Cuaron’s use of 3D to tell the story […]

Other films this year will have to try hard to match the explosive power and masterful direction of Denis Villeneuve’s “Prisoners”. His film sneaks up, messes with you head and leaves you breathless. Allow it. Yet on the surface, the plot sounds like an ordinary police procedural:  Keller Dover’s […]

A powerful and thought provoking drama is rare during summer season. That’s what makes “The Hunt” so special, and I hope moviegoers will find their way to see it. It’s one of the year’s best films. Danish writer-director Thomas Vinterberg aims to shock his audience by telling the story […]

We first met Jesse (Ethan Hawke) and Celine (Julie Delpy) in Vienna in “Before Sunrise”. To some, the movie was talky. To others (me included), it was unique and as far away as possible from the Hollywood formula. “Before Sunset” picked up 9 years later in Paris, where […]

Summer season is officially on with “Star Trek: Into Darkness”, a spectacular follow up to the 2009 movie starring Chris Pine, Zachary Quinto and directed by J.J Abrams.  I couldn’t be more surprised. After six TV series and 10 movies, the franchise has been milked so hard, it’s a wonder […] 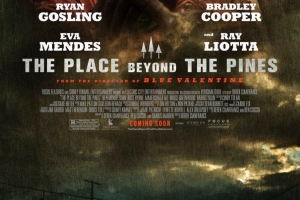 Director Derek Cianfrance pours everything he knows about directing in “The Place beyond the Pines”.  His movie messes with your head and then floors you. It’s that honest, that powerful. Describing the plot without giving too much away would be impossible. But you should know straight away that it’s […]

This year’s Oscar winner for Best Documentary is the incredible story of a Mexican- American songwriter called Rodriguez, who failed miserably in America in the early 70’s but became a pop culture icon in South Africa where he found a huge audience. The sad thing is that Rodriguez […]