Like a powerful punch to the gut. That’s how Bong Joon Ho comes at you with his latest cinematic masterpiece “Parasite”. It’s a thing of beauty and terror; a bold and audacious look at the gap between the haves and the have-nots as seen through the eyes of […]

It doesn’t always hit all the right notes, but there’s something charming and irresistible about this World War II satire, courtesy of Taika Waititi. “Jojo Rabbit” is just as quirky as it sounds, as we follow Johannes “Jojo” Betzler, a 10-year-old German boy who also happens to be […]

I ended the year with a movie and I’m starting my 10th year on this blog with a review about it. “The Farewell”, written and directed by Lulu Wang and starring Awkwafina in a superior performance, is a film that you need to experience. In telling the story […]

As someone who didn’t fully embrace Robert Eggers’ directorial debut “The Witch”, I thought his latest effort was a much superior exercise in psychological terror. “The Lighthouse”, co-written by Eggers and his brother Max and starring Willem Dafoe and Robert Pattinson as lighthouse keepers trying to maintain their […] 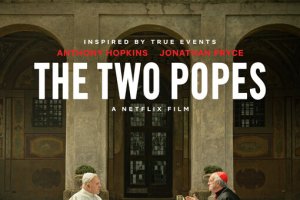 It’s the news that rocked the world back in 2013: Pope Benedict stepped down as the head of the Catholic church, leaving millions in doubt, before his successor Pope Francis emerged as an unlikely savior. And the rest, as they, is history. But what exactly went on behind […] 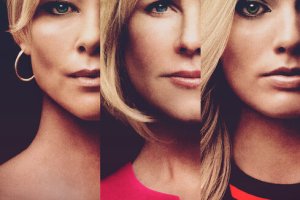 “Bombshell” flirts with greatness so many times, it’s a shame it never truly reaches its full potential. It has an important story to tell, no doubt about that, and just the right actors to carry it through. But there’s still something missing. Charlize Theron, Nicole Kidman and Margot […] 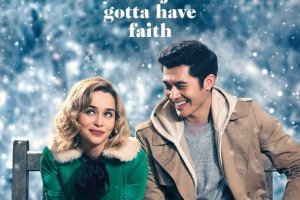 T’is the season. Every year I struggle to find a new Christmas movie to watch, so I always end up revisiting the same old classics. I refused to see “Last Christmas” at first (it kept reminding me of the song and I can’t listen to this song anymore), […]

If you want to see Renee Zellweger transform herself completely to play an older Judy Garland, then this film is definitely for you. As someone who heard a lot about her sad demise, I was curious to know more about this legendary Hollywood actress/singer. And the movie does […]

Noah Baumbach’s masterful film about a marriage falling apart ranks among the year’s most powerful experiences. “Marriage Story”, starring Adam Driver and Scarlett Johansson in two of the best performances you’ll see this Oscar season, slams you like a body punch scene after scene. Baumbach sets his film […]

Alright let’s take care of the elephant in the room right away: I’m no car aficionado. I know almost nothing about Le Mans or NASCAR racing in general. So why would a movie about a rivalry between Ford and Ferrari set in the 60’s interest me at all? […]