Much like “Aladdin”, “The Lion King” was a big part of my childhood. Beyond the movie, I’ve played the games, collected figurines, and had pretty much every memorabilia you could think of in the 90’s. Nothing could ever replace that, but I’m always open to a new Disney […]

Let’s be honest here: you don’t walk in to see a movie featuring deadly alligators expecting quotable dialogue or an unforgettable story. Personally, I want it to entertain me and “Crawl” does exactly that. It sure as hell isn’t swimming in the same waters as “Jaws”, but it […]

If there’s one movie that you need to experience this summer, “Midsommar” would be it. This stunning, almost dream-like movie from visionary filmmaker Ari Aster is the year’s most disturbing film. If you’ve seen Aster’s work in last year’s “Hereditary”, you know he’s a director who means business. […]

In my mind, nothing could ever come close to Sam Raimi’s “Spider-Man 2”, but “Far From Home” is nearly there. It’s a terrific follow-up to 2017’s “Homecoming” and a worthy companion to “Avengers: Endgame” that reaffirms the fact that Tom Holland is here to stay. Who would have […] 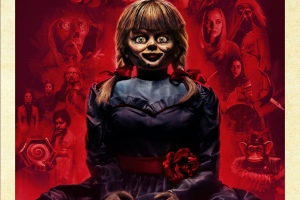 It doesn’t reinvent the wheel or move the franchise in totally unexpected ways, but there’s something truly terrifying about “Annabelle Comes Home”. Is it the fact that we’re stuck all night in the Warrens’ house while Annabelle unleashes every demon you could think of? That’s probably it. And […]