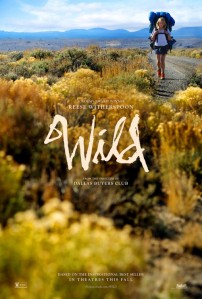 Took me some time to finally watch Reese Witherspoon’s Oscar nominated performance in “Wild”, but I’m glad I did. She is the focal point here and the reason the film is worth seeing. The picture itself is earnest and well-made, but it remains earthbound while its leading lady soars to greatness. Based on Cheryl Strayed’s best-selling book, “Wild” tells the true story of a woman (Witherspoon) who found a unique way to deal with her failed marriage and the death of her mother (Laura Dern, also Oscar Nominated): hike the Pacific Crest Trail by herself for 1,100 miles. It’s a great performance from Witherspoon as she allows us to experience what her character is going through at every stage of the story. Director  Jean-Marc Vallée, who did such a great job with 2013’s “Dallas Buyers Club”, does it again here. His movie emerges as a thing of bruised beauty. It will get to you.