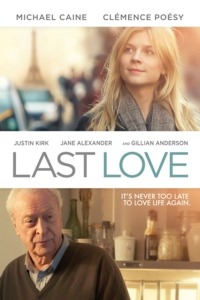 Michael Caine is one of the best actors of all time and a pleasure to watch in almost anything. Now, at 80, he’s using the lessons of a long career to show how it’s done. In “Mr. Morgan’s Last Love”, he plays an aging widower who lives in Paris. Having lost his beloved wife three years ago, he lives alone now, drowning in silent grief. Then one day, he meets Pauline (a charming Clémence Poésy), a young dance instructor. The two begin an unusual friendship that fills him with spirit. The movie itself, written and directed by Sandra Nettelbeck, is so light a whisper could blow it away. But acting this rich and touching is too good to resist. It’s fitting that Michael Caine (Sir Michael since the queen wisely knighted him in 2000)  is cast here as an aging widower. It’s a setup for life lessons and he makes the most of it. Director Sandra Nettelbeck doesn’t dodge the cheesy traps in her own script. But Caine does. Blending humor and heartbreak in a performance that makes a small movie a richly satisfying one, Caine truly is magic. The movie would be literally nothing without him.