Glenn Close delivers a masterful performance as the wife of a renowned author (Jonathan Pryce), who is about to receive the Nobel prize for Literature. Over the course of a couple of days in Stockholm, old wounds are reopened and secrets are revealed, as we begin to suspect that she may be the one behind the success of his books. It’s the perfect role for Glenn Close to sink her teeth in, and she makes the most of it. As someone who loves an old-fashioned adult drama every now and then, I immediately warmed up to “The Wife” and would gladly watch it again, just to savor Glenn Close’s wonderful performance. I urge you to seek this movie out on Netflix.

This Lebanese movie from writer-director Oualid Mouanes was Lebanon’s official selection for the 2020 Oscars but never made the final cut. To be fair, it’s nowhere near as good as “The Insult” or “Capharnaum”, but it’s an intriguing little story that’s still worth streaming. The whole film is set during the course of one fateful day, where an 11-year-old boy is trying to confess his love for a classmate. Meanwhile, his teacher (played by Nadine Labaki) and her colleagues, are trying their very best to mask their own fears. Good performances and a powerful recreation of 1982 Lebanon are more than enough for me to recommend this movie. It’s not great, but it has the power to haunt your dreams. 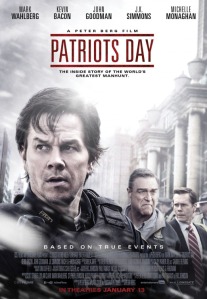 Powerful docudrama recounts the events leading up to the 2013 Boston marathon bombing and the pulse-pounding manhunt that ensued in its aftermath. Even though the outcome of that day is familiar to anyone who follows the news, I was still on the edge of my seat the whole time. Berg outdid himself to bring this terrifying story to the big screen, casting once again Mark Wahlberg (they already worked together on “Lone Survivor” and “Deepwater Horizon“) and bringing in the likes of J.K Simmons, John Goodman and Kevin Bacon. With these actors around, you know you’re in for something special. But perhaps best of all is Berg’s determination to pay tribute to the innocent people who lost their lives that day. Needless to say, he’s succeeded with flying colors. 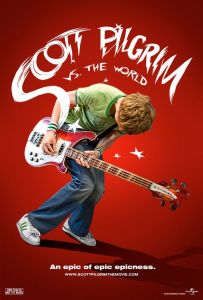 “Scott Pilgrim” was one of my favorite movies of 2010 (damn, has it been this long?), and it’s still a breath of fresh air in 2021. I’ve never seen anything quite like it before, and it still looks perfect on screen. The story focuses on Scott Pilgrim (played by Michael Cera), a 22 year-old-guy who meets the girl of his dreams. But in order to win her heart, he must defeat her seven evil exes. And yes, this is where the fun begins. The whole movie works like a video game, in which Scott must get through all 7 levels in order to win “the big prize”. It’s one hell of a ride, and the cast couldn’t be better (especially Jason Shwartzman who’s a treat to watch as one of the exes). I can’t think of a better movie to recommend right now. 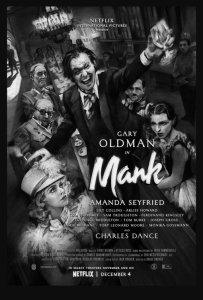 I haven’t seen many great films in 2020, but “Mank” is certainly one of them. For one, it paints an evocative picture of old Hollywood, circa 1940, a time where Orson Welles was preparing for his next feature: “Citizen Kane”. For that, he’s going to hire an unlikely candidate to write the script: screenwriter Herman J. Mankiewicz aka “Mank”, a man with demons of his own. In true Citizen Kane fashion, the film takes us back and forth in time to understand how the story of Charles Foster Kane came to be. It’s fascinating, to say the least, and you couldn’t ask for a better cast to bring it to life. Gary Oldman gives yet another Oscar-worthy performance as Mank himself, and he’s surrounded by a first rate cast that includes Amanda Seyfried, Lily Collins, Charles Dance and Tom Burke as Orson Welles. David Fincher directs with an incredible eye for detail; you can basically smell the air of old Hollywood, which makes it so easy to get lost in its irresistible charm. You can credit cinematographer Erik Messerschmidt for his gorgeous black & white shots, but all of this wouldn’t mean a thing without a great story, and “Mank” has it all. It encapsulates everything we go to the movies for, making it a perfect candidate for award season. How can Oscar resist?