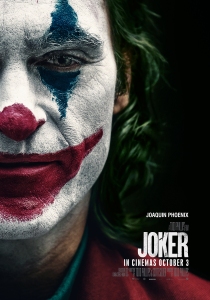 At first glance, the man who made such movies as “Old School”, “The Hangover” and “Due Date” seems like an unlikely candidate to direct a standalone film about the caped crusader’s greatest nemesis. But Todd Phillips isn’t messing around here. Fierce, deeply disturbing and gut-wrenching at times, “Joker” is a great movie, probably the best of the year so far, and a new classic. You heard me. Brilliantly written, shot, acted and scored, Phillips brings the comic book genre close to enduring art. But it wouldn’t have been possible without the work of its central character, played by the fantastic Joaquin Phoenix. A lot will be said about his controversial performance as Joker, but one thing’s for sure: no one will be able to shut up about it. Phoenix is sensational in one of the best (if not the best) performance of his career. He’s Arthur Fleck, an outcast who lives with this mother and struggles with mental illness. Phillips doesn’t hold his punches. A scene early on shows Arthur being beaten by a bunch of thugs just for the fun of it. “Is it just me, or is it getting crazier out there?” he tells his psychiatrist at one point. And for the next two hours, we watch as his character descends into pure madness. It’s a lot to take in, I know, but Phoenix knocks it out of the park. So much, in fact, that you can’t take your eyes off him. High praise to cinematographer Lawrence Sher, whose visual poetry is matched by Icelandic composer Hildur Guðnadóttir’s haunting, hypnotic score. Phillips mixes these elements into a beautiful film that is all his own. I don’t think we’ve ever seen an origin story as devastating as this one. Seeing it is like running two marathons in a row. You feel so pummeled it’s hard to get your head clear. Make the effort. In terms of acting, imagination and rule-busting experimentation, “Joker” is a masterpiece. You won’t be able to get it out of your head.