I haven’t written anything controversial ever since fanboys messaged me for hating on 2014’s  “Godzilla”, so I thought it would be a good idea to tackle something that has been on my mind for a while now: what are some classic movies that I don’t personally love? Don’t get me wrong, most of the films I’m about to mention are in fact GOOD, but I can’t say I love them enough to praise them. Let’s check them out.

1- Titanic (1996)
Possibly the most obvious choice on the list, “Titanic” was quite revolutionary at the time of its release and pretty much won every award there is,  but looking back, I don’t think I’ve ever loved this film. It did put Leonardo DiCaprio on the map permanently, and his chemistry with Kate Winslet is still something to admire today, but the movie itself was too manipulative for my own taste, not to mention too damn long. Do I hate it? Not at all. But I guess it’s one of those movies that confuse the shit out of me: why did it win so many awards?

2- Requiem for a dream (2000)
This is by far my least favorite movie on the list, a disturbing (to say the least) film from controversial director Darren Aronofsky about four ambitious people who watch their lives go down the drain when their drug addictions go out of control. The actors are great, especially Jared Leto, and I understand Aronofsky’s intentions, but it all adds up to zero. The movie has many loyal fans, that’s for sure, but spending time with all these characters was no fun at all as far as I’m concerned.

3- The Shining (1980)
I’m a huge Stanley Kubrick fan, but I never managed to warm up to his 1980 horror classic. Having heard so many good things about it when I was still discovering old films, I felt that it was a bit of a letdown. I could never forget Jack Nickolson’s terrific performance as a family man who takes his family to an isolated hotel for the winter where evil lurks, but that’s about it as far as I’m concerned. The rest of the film never left an impact on me, and because of that, I rarely find myself recommending it. 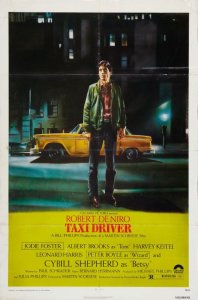 4- Taxi Driver (1976)
Martin Scorsese is quite possibly my favorite director of all time, but weirdly enough, I never loved his 1976 film “Taxi Driver” starring Robert De Niro, and if that puts me in the minority, so be it. I still recommend it, notably for De Niro’s extremely powerful performance as a taxi driver who is going out of his mind, but I never find myself going back to it or watching bits from it, as opposed to let’s say “Goodfellas” or “Raging Bull”.

5- Scarface (1983)
A friend once asked me if I loved this movie and he could easily tell that I didn’t. “The eyes, they never lie” he said. How many times have you seen this quote on an Instagram post? That’s the kind of impact that this movie and its characters has on people, so putting it on the list will certainly be regarded as a controversial decision, but I don’t mind. It’s a movie that I had a blast watching, to be clear, but I rarely find myself quoting it or putting it on my list of films that you MUST see before you die. It’s a matter of personal taste at the end of the day, and I love Al Pacino more than anything, but I can’t say I loved this film. 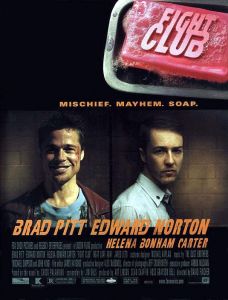 6- Fight Club (1999)
Perhaps the most controversial title on the list, and for good reasons. But before I proceed, let me clarify: I like this movie enough, and if it wasn’t so popular you probably wouldn’t see it on this list. I’m a huge David Fincher fan, and I think his movies are quite revolutionary in their own way, but I could never truly fall in love with “Fight Club”. Aside from its shocking twist and brilliant performances, I don’t really think it’s as brilliant as people say. I know that fans like to interpret it in their own way and I’ve read endless articles about it, but it’s been shoved down our throats for almost 20 years that maybe you can understand why I feel some resistance to it. It’s still a solid film overall, but top 10 on IMDB? I respectfully disagree.