I love Harry Potter. I love Hogwarts. I love that I got to spend a decade with all these characters. I don’t pretend to know every tiny detail about the movies, but I’ve been enjoying them ever since I was a teenager, and I thought it would be fun to rank them, now that I’m in my 30’s. This is my own personal ranking, not a definitive one. You may agree or disagree, which is why it would be interesting to know what you guys think.

8- Harry Potter and the Chamber of Secrets (2002)
Looking back, I remember having a blast with this first sequel, and I’ve seen it several times since. But if we’re being completely honest, it’s the weakest of the bunch. It’s a fun ride, don’t get me wrong, but it reminds me so much of the first film that sometimes I can’t even tell them apart. I don’t think there’s such a thing as a “bad” Harry Potter movie, but the series certainly took off after Chamber of Secrets, which is why it’s number 8 on the list. 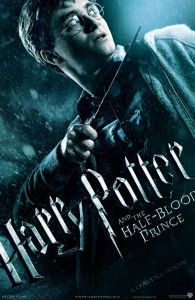 7- Harry Potter and the Half Blood Prince (2009)
I remember feeling slightly disappointed as I was leaving the theater that night. While the climax was absolutely terrific, I felt this one dragged a little bit and offered very little action compared to the rest of the series. It’s still a solid film overall, and the camaraderie between Harry, Hermione and Ron has never been better, but it’s not a movie that I find myself going back to. 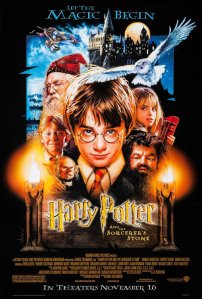 6- Harry Potter and the Sorcerer’s Stone (2001)
Call it the nostalgia factor, but I’ll never forget the day my parents took me to see this movie. To say that it was a magical experience would definitely be the understatement of the year. Looking back, it’s certainly the most innocent of the 8 films, but I have so many fond memories of it that I had to rank it above “Half Blood Prince”, which was definitely darker in tone.

5- Harry Potter and The Order of the Phoenix (2007)
By then, the series was growing darker. The days of Quidditch and learning magic were now way behind. Characters died, others turned to the dark side. And who can forget that devastating finale? There’s a lot going on in this installment that I had to revisit it several times just so I could take it all in. It’s definitely top 5 on my list. 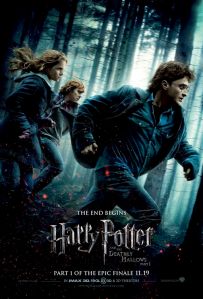 4- Harry Potter and the Deathly Hallows Part 1 (2010)
I may be in the minority, but I absolutely love this part of the series. I’m usually against the idea of splitting the final book into two parts, but at least I can say that it was justified here. “Deathly Hallows part 1” was a solid buildup to what promised to be one hell of a final showdown between Harry and Voldemort. It’s also the part where our heroes finally enter the real world on their own. Harry moves his family away and joins his old friends somewhere safe. They learn to survive in isolation and this, in my opinion, is the most important part of the whole series. It may be slow-paced at times, but I remember being mesmerized, every step of the way. And the final scene smoothly paved the way for part 2. What more can you ask for? 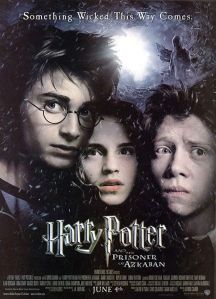 3- Harry Potter and the Prisoner of Azkaban (2004)
While “Chamber of Secrets” felt a lot like deja-vu, I thought “Prisoner of Azkaban” was absolutely terrific, from start to finish. It introduced an array of new characters, and Gary Oldman definitely stole the show as Sirius Black, a convicted murderer who may or may not be coming after Harry. Oh and the time traveling scenes are among my favorite parts of the whole series.

2- Harry Potter and the Goblet of Fire (2005)
I may be biased, but I love films that circle around a competitive tournament, and “Goblet of Fire” was exactly that. As Harry Potter was about to start his fourth year at Hogwarts, he finds himself selected to compete in the Triwizard tournament in which students from 3 schools participate in a series of challenging contests. By far the most stylish (and darkest) movie of the series at the time, this 4th installment is incredibly entertaining and never fails to satisfy me. And who can forget Ralph Fiennes’ very first appearance as Lord Voldemort? It’s a classic and I love every minute of it. 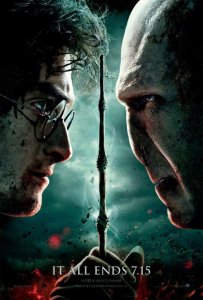 1- Harry Potter and the Deathly Hallows Part 2 (2011)
I admit: it was a tough choice, but if I had to choose the best of the series, I would go with this one. After 10 years, 8 movies , four directors, two Dumbledores (Richard Harris passed away after “Chamber Of Secrets” and was replaced by Michael Gambon), several dead characters, and a friendship that lasted for a decade, it was finally time to bid adieu to one of the most successful franchises in cinema history. “Harry Potter and The Deathly Hallow: Part 2” is bigger, better and more exciting than any other film in the series. It’s a magnificent finale that pays maximum justice to Harry’s long awaited showdown with Lord Voldemort. It brilliantly pulls together all the missing pieces and offers a satisfying ending that I will not soon forget. This is why it’s number one on the list.