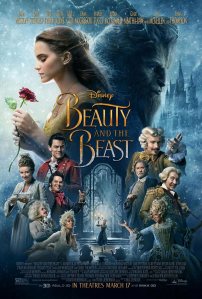 “Beauty and the Beast” is one of my favorite Disney animated movies, so naturally, I wanted the live action version to be as enchanting. First the good news: the film is beautiful to look at and well cast. Emma Watson needs no introduction, and she effortlessly becomes Belle, the young woman who finds herself taken by a beast in his castle. Anyone who grew up watching Disney animated films probably knows the story all too well. Cursed by a witch, the beast is doomed forever unless he finds true love. Screenwriters Evan Spiliotopoulos And Steven Chbosky have brought some new ideas to the classic story (and added a few songs), but the outcome is still pretty much the same. Which brings me to this: was this version really necessary? I suppose kids deserve to see this timeless story on the big screen, but I can’t think of any other reason why this movie should exist. That’s not to say that I didn’t have a good time watching it. The songs brought back so many memories and I especially enjoyed watching Luke Evans as the film’s main villain Gaston. But when it was over, I found myself indifferent to an experience that should have left me in awe. In an era of reboots and repetition, I suppose it’s pointless to question why we needed an exact replica of the 1991 film. Is it impressive? You bet. But I don’t think I’ll ever feel the urge to visit it again.