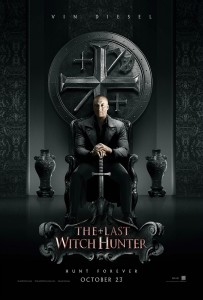 What to say about this lame-brained, terrible attempt to start a witch hunting franchise starring Vin Diesel? I say, screw the damn thing and run the other way. It’s all kinds of sad to see the legendary Michael Caine wasting his talent for the sake of a quick payday. It’s even funnier to see Vin Diesel play Kaulder, a witch hunter who, once upon a time, managed to kill the all-powerful Queen witch. But before she died, the queen curses Kaulder with immortality, forever separating him from his beloved wife and daughter in the afterlife. Director Breck Eisner has no flair for suspense, so he explodes stuff and tosses them at us instead. Boring. This may be the longest 105 minutes you ever spend in a theater. You’ve been warned: “The Witch Hunter” is by far the worst movie of the year.