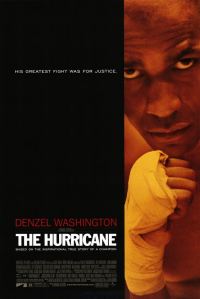 Exceptional movie follows the story of Rubin “Hurricane” Carter (Denzel Washington in one of the best performances of his career), a proud, talented prizefighter unjustly convicted of a brutal crime he obviously didn’t commit. Locked away for almost 20 years, his once forgotten case surprisingly reemerges when a small group of supporters decide to help him by conducting their own private investigation. Carter’s last glimmer of hope now rests with the tireless efforts of those people, who refuse to end the fight for his freedom. Inspiring and perfectly acted, this truly amazing movie is long, but masterfully told and thought provoking. Washington has always been great, but his performance here is truly phenomenal and worthy of an oscar (though he didn’t win). His final speech might leave  some in tears, but the whole movie is just powerful and brilliant, which makes it a must see. Kudos to everyone involved in this film. One of the best of the 90’s.

Fun fact: The real Rubin ‘Hurricane’ Carter is only 5’8″ and 155 pounds, being about 4 inches shorter and nearly 40 pounds lighter than Denzel Washington (even when the actor slimmed down to play Hurricane). In actuality, Washington (and the actors who play his opponents in the ring) classify as heavyweights.