Maybe you’ve heard the internet buzz about “Black Mass” being Johnny Depp’s comeback movie. Maybe you’ll think so too if you’ve seen “Mortdecai” and/or last year’s horrible “Transcendence“. Despite the gangster theme (Depp has been there before in “Donnie Brasco” and “Public Enemies), “Black Mass” is one terrific […]

It’s difficult to dislike Woody Allen’s latest movie. It isn’t one of his best, and I’ll admit it doesn’t feel as fresh or original as “Crimes and Misdemeanors” or even “Match Point”, but it has all the right ingredients to make you fall for it. The great Joaquin […]

I’ve fallen in love with gangster films made in the 1930’s. Actors like James Cagney, Edward G. Robinson and Humphrey Bogart were in almost every gangster picture made in that era. And yet it took director Raoul Walsh years before making one of the best gangster films of all time. […]

The quintessential film noir. No other film of the genre can match the brilliance of Billy Wilder’s haunting tale of greed, murder and betrayal. Driven by its masterful techniques and perfect narrative, “Double Indemnity” tells the story of an insurance salesman (Fred MacMurray) who falls for a beautiful […] 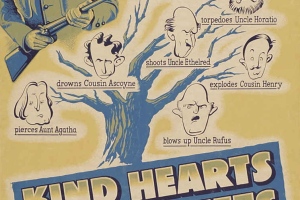 I can’t begin to describe how funny this movie is. I haven’t recommended a classic movie in quite a while, but “Kind Hearts and Coronets” seemed like a good way to start again. Alec Guiness is brilliant playing not 1, not 2, but 8 characters (!) in this […]

Don’t you just hate it when they remake classic movies like “The French Connection”? I don’t, especially when it’s a remake starring Jean Dujardin (Oscar winner for “The Artist“) as police magistrate Pierre Michel in 1970’s France and his relentless dedication to stop the most notorious drug smuggling operation in […]

Everyone is different. I don’t like con artists, “magic tricks” or most of Will Smith movies (except maybe “The Pursuit of Happyness”). His exhausting new film suffers from a severe case of misdirection. That word describes the very nature of “Focus”, which purports to tell a clever story when all […] 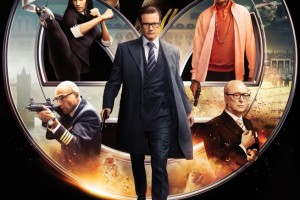 Guns, gadgets, spies, over-the-top action scenes. That’s the juice of classic Bond movies. It’s also the juice in “Kingsman”, an incredibly entertaining piece of comic book movie that dares you to dive into its own madness. Allow it. Chances are, you won’t be seeing a spy movie as […]

Who doesn’t love a good crime drama? “A Most Violent Year”, a potent, propulsive film written and directed by  J.C. Chandor (the underrated “Margin Call“, “All Is Lost”) is exactly that and more. Oscar Isaac is dynamite as Abel Morales, an immigrant out to live the American dream […] 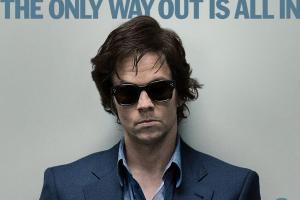 James Caan played the title role in the 1974 movie. While less than perfect, the film was highly entertaining. Now Mark Wahlberg steps into his shoes to bring back the role of a compulsive gambler back to life in this new version directed by Rupert Wyatt. I’m sad to […]