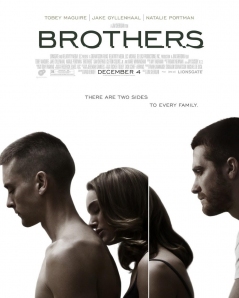 Watchable, but probably instantly forgettable movie about a man who comforts the wife of his brother after he goes missing in Afghanistan. Good performances all around, but the story never reaches a satisfying conclusion even though it had some powerful moments. “Brothers” was supposed to be one of the biggest movies of 2009, but I never felt like I was watching something terrific.