Good to see Zac Efron putting his High School Musical days behind. But there’s still something missing. In Charlie St Cloud, he takes on a much more serious role: the role of a young man who just lost his brother in a terrible car accident. He must now […]

Epic failure. You’d think that with a cast like that, nothing could go wrong. Think again. Let me tell you what went wrong here: there’s not enough action scenes, the story is mediocre at best, and I’ve never seen a dialogue as cheesy as this one (What doesn’t kill […]

” Have a long life, Hachi”. A college professor finds an abandoned puppy at the train station one night and takes it home with him. When nobody claims the dog, his family decides to keep it. Everyday, the pooch would accompany his master to the train station in the […]

“Piranha” is the most enjoyable piece of crap I’ve seen in a long time. It’s not meant to be good, and I definitely wasn’t expecting it to be in the first place. It’s strictly a B movie, nothing fancy or anything, but if you know exactly what to expect […] 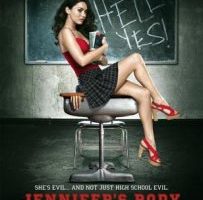 The folks who made this movie didn’t care whether you end up loving it or hating it. They just wanted to make a decent profit. So all they had to do was cast Megan Fox as a possessed chearleader, throw in a couple of lesbian scenes, and voila. […]

“Only the ghosts in this house are glad we’re here.” Call me old fashioned, but this 1959 version of “House On Haunted Hill” is much scarier and much more enjoyable than the dreadful remake. Vincent Price is a lot of fun to watch as the man who invites […]

Eternal Sunshine Of The Spotless Mind [2004]

“Why do I fall in love with every woman I see who shows me the least bit of attention?” Absolutely fantastic movie finds Jim Carrey and Kate Winslet on top of their game as a couple who, after their relationship went down the drain, undergo a procedure to […]

“You’re a smooth smoothie, you know?” Excellent Coen brothers movie about a car salesman who hire two thugs to kidnap his wife, in order to collect the ransom money from her wealthy father. And that’s just the beginning! To reveal more about the story would be unthinkable. But […] 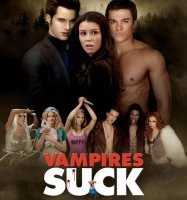 The good news: Jason Friedberg and Aaron Seltzer’s latest movie is slightly better than all their previous crap (“Disaster Movie”, Epic Movie”, “Date Movie”…). Twilight haters might get a kick at some of the jokes here, and Matt Lander makes a good impression as the dreadful Rob Pattinson. […] 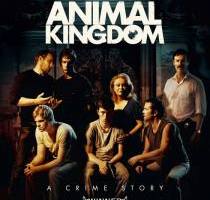 Animal Kingdom is one of the best movies of the year. It’s not a big budget Hollywood movie with fancy effects and an all star cast. It’s an Australian movie, and the actors are basically unknown (with the exception of Guy Pearce). First time writer/director David Michod does a fine […]