Fine sequel to the critically acclaimed “The Girl With The Dragon Tattoo” finds Lisbeth Salander (Noomi Rapace who reprises her role in style) returning to Sweden after a year in exile. Meanwhile, Mikael Blomkvist, journalist and publisher of the magazine “Millenium” decides to run a story that will […]

“The Girl With The Dragon Tattoo” is a fantastic film to begin with, but not without its heroine, a 24 year old goth girl named lisbeth, with body piercings and tattoos. She’s small, smart, damaged and a computer hacker. Her attention is fixed on violence against women, in […] 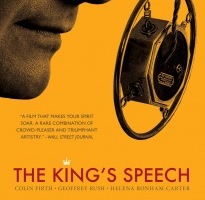 I watched “The King’s Speech” with extremely high expectations. Afterall, it swept most of the awards so far, and is basically a shoe in for best picture at the oscars. To be honest, I loved most of it, but I still felt like something was missing. Let’s put […]

Chilling movie about a woman who moves into the orphanage she used to live in when she was a child and turns it into a home for disabled children. Before long, her son befriends an invisible child and strange events begin to occur. “The orphanage” is not your […]

One of the best animated movies ever made from master filmmaker Hayao Miyazaki (“Spirited Away”, “Ponyo”) about a teenage girl who finds her life thrown into turmoil when she is turned into a 90 year old woman by an evil witch. Embarking on a journey to lift the curse, […]

If I had to choose the best Bond movie ever made, I would definitely pick “On Her majesty’s secret service”. I love this movie, and even though it was the first non Sean Connery Bond film, I still think it’s the best one yet. Georges Lazenby is good […] 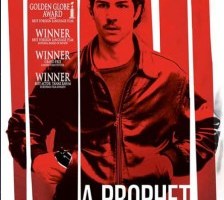 Fantastic movie about a young arab man (Tahar Rahim) who is sent to a french prison, where he befriends a mafia kingpin called Cesare Luciani. Luciani forces him to commit a terrible crime (which haunts him through the whole film), and then gives him support and protection in his gang. […]

Engaging drama set in the 1930’s about a fugitive (Nicole Kidman) who finds refuge in a small american town. In exchange, she agrees to work for the people who welcomed her, not knowing that her showing up in their small community will eventually have a dark and disturbing […] 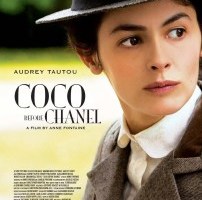 Interesting look at the life of “Coco Chanel” before she became the legendary coutourier who inspired a generation of women, and became a symbol of “style” and “freedom”. Audrey Tautou is well cast as the title role, and she is surrounded by plenty of colourful characters aswell. This biography […]