If you’re a sucker for horror movies, then “It Follows” is the scarefest for you. It’s one of the best and most original horror flicks I’ve seen in a very long time. Writer-director David Robert Mitchell has clearly been inspired by the likes of John Carpenter and Wes Craven. But […] 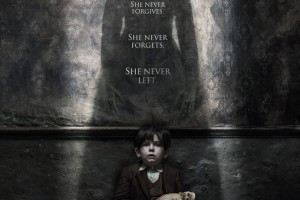 The first one (released in 2012) was a solid haunted house movie and a perfect vehicle for its leading man, Daniel Radcliffe. The plot wasn’t all that original, but the movie itself was atmospheric and the scares were pretty effective. The new one, this time around set during […]

This weird-ass movie from writer/director Kevin Smith is proof that the man is still crazy as fuck. And I don’t mean that as a compliment.  The always likable Justin Long isn’t so likable here, playing Wallace, half of an L.A. podcasting team. He and his partner Teddy (Haley Joel […]

You know something is up when an Australian horror movie comes out of nowhere to win several awards at the Gerardmer Fantastic Film Festival earlier this year. Truth be told, “The Babadook” doesn’t completely live up to its potential, but it does know how to creep you out. Amelia (Essie […]

“Ouija” is the latest in a long line of “scary kids” movies like “Children of the Damned”, “The Ring”, and even “The Grudge”. So you have to admire filmmakers who can pretend that these movies never existed as hit films or as spawners of multiple ripoffs.The silly plot follows a young […]

If you’re looking for a fun Halloween night at the movies, “Horns” will most likely disappoint you. Daniel Radcliffe plays Ig Perrish, a local boy suspected of murdering his girlfriend, Merrin (Juno Temple). We think he’s innocent, but it doesn’t help that he grows horns and starts looking like the devil. […]

Confession: I’m a sucker for James Wan’s horror movies. So naturally I was looking forward to “Annabelle”. Last year’s “The Conjuring” took everyone (even non horror fans) by surprise and became a huge hit. Naturally, it had to spawn a prequel. Gordon Gekko (That’s Michael Douglas, just in case) […]

It’s been a horrible year for classic “Universal” monsters. First “I, Frankenstein” back in January and now “Dracula Untold”, which tells the story of Vlad the Impaler (Luke Evans), before and after his days as the famous vampire monster. The movie has its moments, but the overall result […] 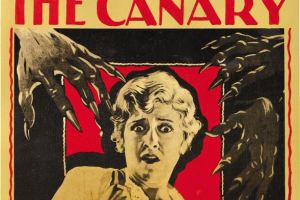 The mother of all haunted house movies. A movie that inspired so many remakes and quite possibly a few Scooby Doo episodes. Plot involves relatives of a millionaire who gather in his spooky mansion on the 20th anniversary of his death for the reading of his will. Then […]

Painfully boring horror movie about a Professor who conducts an experiment on a young girl who claims to be possessed by an “evil” entity. 10 bucks says you stopped reading after “painfully boring” and I don’t blame you. This derivative paranormal nonsense will encourage even die-hard horror fans […]