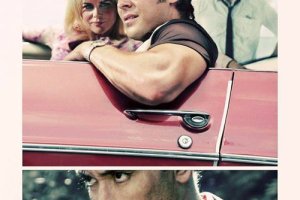 Matthew McConaughey rises once again above the material as Miami Times reporter Ward Jansen who returns home to investigate the case of Hillary Van Wetter (a creepy John Cusack ), a prisoner about to be executed for killing a cop. Charlotte Bless (Kidman), a weird blonde with a hots for […]

I don’t care how much you think director Martin McDonagh is working you over with “Seven Psychopaths”, his first movie since 2008’s “In Bruges” (terrific movie by the way). And I don’t care how many annoying film critics complain that McDonagh doesn’t yet know his way around a camera. […] 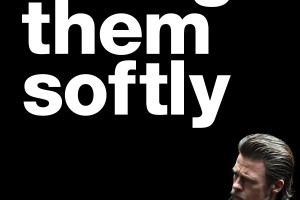 I’m a bit late reviewing this movie, but having seen it a while ago I can safely say that it was one of the most disappointing films of 2012. It isn’t a requirement that you like a movie’s central characters, but it usually helps develop rooting interest. That’s […]

Expectations are murder. With a dynamite cast (do Sean Penn and Josh Brolin ever fuck up?), and director Ruben Fleischer who inspired worship for “Zombieland”, you assume a new classic. What you get is an ambitious try.  Yet “Gangster Squad” pulls the magician’s trick of distraction, offering enough superficial entertainment value […] 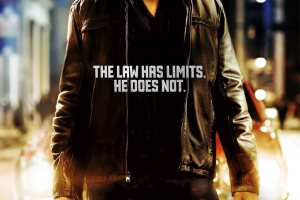 Call it cheesy, call it bullshit, call it whatever you want, but gotta admit: “Jack Reacher” is one heck of a vehicle for its leading star Tom Cruise, and he makes the most out of it. I couldn’t care less about it when I first saw the trailer […]

Matthew McConaughey is perfectly cast as a sadistic dallas cop who works as a hit man in “Killer Joe”, but at some point I found myself curiously disengaged from this story and didn’t care what happened to everyone involved in it. That’s a damn shame, because McConaughey, who […]

Tom Hardy starring in this fact based story about The Bondurant brothers alongside Shia LaBeouf , Jessica Chastain and Guy Pearce sounds like Oscar Bait. It isn’t. And the sooner you accept it, the more fun you’ll have at this satisfying  crime drama. To be completely honest, there’s no reason  “Lawless” should […]

Jack Black’s presence generally makes any movie worth seeing, and this is no exception. Want more proof? “The School Of Rock”, “Be Kind Rewind”  and “Tenacious D”.  In “Bernie”, a strange movie directed by Richard Linklater , Black plays a beloved mortician. I say beloved because he is so […]

The american version of “The Girl With The Dragon Tattoo” is gripping and unusual, even if you’ve seen the Swedish film that inspired it, which in turn was based on a novel by Stieg Larson. If you did catch that striking Swedish import two years ago, you should […]

One of the most interesting things about this movie is the fact that it was a flop at the time of its release. Hitchcock instantly blamed James Stewart, saying he was “too old to attract audiences anymore”. The two never worked together again, eventhough Stewart was the original […]