“I didn’t realize you were an art collector.I thought you just collected corpses”. Many consider “North By Northwest” as the best Hitchcock movie ever made. It might not be my favorite (mine would be “Rear Window”), but it’s certainly one of his finest. Hitchcock had worked on a […]

Roman Polanski’s first ever  movie as a director. I woulnd’t call it a masterpiece, but it’s a tense movie,  well directed and certainly worth mentioning. Polanski improved over the years, but any fan of his work should definitely check this one out. Fun fact: ” After the movie became known […]

“Marriage license? Did you say marriage license? Oh I love you Adam, Alex, Peter, Brian, whatever your name is. I hope we have a lot of boys and we can name them all after you”. Hitchcock style mystery finds Audrey Hepburn pursued by several men who want a […] 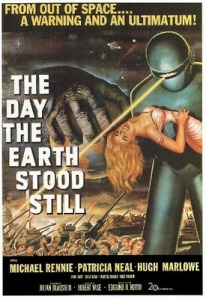 “I won’t resort to threats, Mr. Harley. I merely tell you the future of your planet is at stake”. Science fiction lovers rank this among the best of all time. It’s certainly one of the most intriguing and still impresses people today as it did 60 years ago. […] 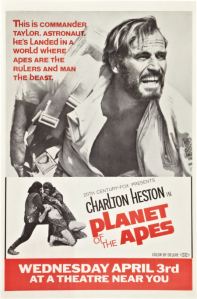 “Beware the beast Man, for he is the Devil’s pawn. Alone among God’s primates, he kills for sport or lust or greed. Yea, he will murder his brother to possess his brother’s land. Let him not breed in great numbers, for he will make a desert of his […]

Hailed as the 3rd genius of the silent era (along with Charlie Chaplin and Buster Keaton), Harold Lloyd may not be as popular, but he’s certainly the funniest in my opinion. The gags in “Safety Last” are sensational but my favorite will always remain the famous building climb at the […] 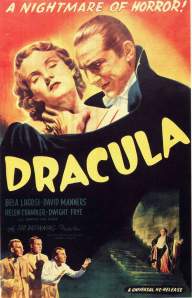 “The strength of the vampire is that people will not believe in him”. This version of Dracula might look a bit dated now due to a lack of musical score, but it’s a movie that inspired generations of filmmakers and that’s why it shouldn’t be dismissed. The story is […]

“Is this your wife? What a lovely throat”. It’s hard not to appreciate this classic horror movie. It might look a bit dated now (it was filmed some 90 years ago), but it’s still a wonderful movie. Max Shreck’s performance as  Count Orlok gave me goosebumps. Maybe it was […] 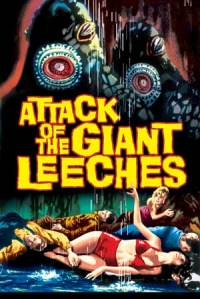 Low budget flick has Giant leeches terrorizing a small american town. We don’t really know how they got there, but we do know that they have an appetite for blood. As ridiculous as it sounds (though im a huge fan of that poster). Fun fact: “The giant leeches are played by […]