Classic horror movie starring Lon Chaney Jr. as Lawrence Talbot, the man who wants nothing more than to be cured of his irrepressible (when the moon is full of course) lycanthropy. It all started when he was bitten by a werewolf (Bela Lugosi in a chilling role) . […] 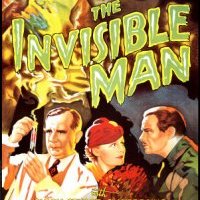 One of the best movies of its genre, telling the story of a scientist (Claude Rains in an unforgettable role) who finds a way to make himself invisible, becoming mentally unstable as a result. It seems that one of the drugs he used has properties that can turn […]

Completely absorbing movie starring Henry Fonda as a juror who is convinced that a boy who is accused of murdering his father is completely innocent. But how will he  convince the rest of the jury, when they have no doubt in mind  that the defendant is guilty of all charges? […] 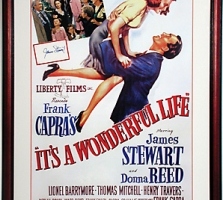 Frank Capra’s classic movie has won the hearts of millions of viewers around the world. It’s certainly an ageless film that seems to get better and better with each passing year. James Stewart is perfectly cast as man who has worked all his life to make good in […]

When a professor becomes gravely ill, his friend who also happens to be a brain specialist (Boris Karloff) attempts to save him by transplating part of the brain from an injured gangster (Bela Lugosi). The operation proves deadly as the professor’s dual personalities transform him into a Jeckyl and Hyde. […] 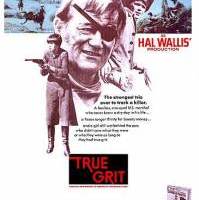 I’m a huge fan of Clint Eastwood movies, but John Wayne was the real deal when it came to western flicks. “True Grit” was the only movie that won the duke an oscar, and it was a well deserved win. He plays a hard nosed and totally fearless one-eyed U.S […]

The movie that started it all, putting both Martin Scorsesse and Robert De Niro on the map permanently. They later worked together on “Taxi Driver”, “The King Of Comedy”, “Raging Bull”, “Goodfellas” and finally “Casino”. “Mean Streets” is about a small time hood (Harvey Keitel) who works for […]

Chilling horror movie from the 50’s starring Vincent Price as a renowned wax sculptor who rebuilds his old fire destroyed showplace using human victims as wax figures. His assistant begins to suspect his boss of foul play after the sudden disappearance of several bodies from the morgue. “House […] 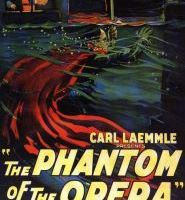 Fascinating silent film starring Lon Chaney in the title role as the tragic disfigured Erik who haunts the corridors and the cellars of the Paris opera house. He secretly befriends and coaches  a beautiful young woman named Christine, and drives the leading lady in the play to flee […]

Another classic sci-fi movie worth mentioning about an alien spaceship that crashes in the Arizona desert. Its passengers take over the identities of the townspeople so they can walk around unnoticed, but it’s only after a few murders that a stargazer and a schoolteacher begin to suspect alien […]