Led by a phenomenal performance by Anthony Hopkins, “The Father” is a worthy Oscar contender and one of the finest films of the 2020. I cannot remember the last time a movie held me spellbound from start to finish, but then again, not many movies feature great performances […]

From the trailer and poster, you’d think this fact-based story about Madame Claude, the woman who created a business empire dedicated to prostitution in 1960’s Paris would be at least intriguing to check out. Alas, the final result is an incoherent mess that doesn’t have any of the […]

To say that I should have experienced “Godzilla Vs. Kong” on the biggest screen possible would truly be the understatement of the year. Instead, I had to look it up online and watch it on my HD TV. Fair enough. But get this: this long awaited monster showdown […] 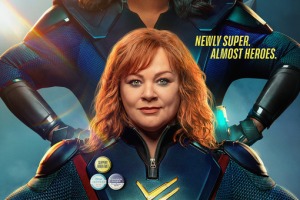 Netflix’s “Thunder Force” reminded me why I started this blog in the first place: to watch shitty movies so you don’t have to. It’s dumb and derivative, and it gives superhero movies a bad name (if you can even call it that). I like Melissa McCarthy and Octavia […]

After her deliciously creepy performance in the Netflix series “Ratched”, Sara Paulson delivers the goods yet again in the new thriller “Run”, from “Searching” writers Aneesh Chaganty and Sev Ohanian. The duo have done it again by delivering a suspenseful 90 minute rollercoaster that doesn’t pull its punches. […]

It took Eddie Murphy and co 30 years to cook-up a sequel to the 1988 cult classic “Coming To America”. Was it worth the wait and the hype? Quite frankly, no. This is a tedious sequel, the kind that shouldn’t even exist in the first place. No one […] 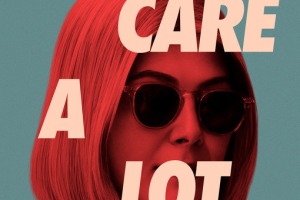 I didn’t think I’d care for a recent Netflix release, but “I Care a Lot” knows its target audience and delivers exactly what you would expect from it. Rosamund Pike is good as always, playing a brilliant con artist who poses as a legal guardian for the elderly […]

“Malcom & Marie” is all about good performances, and both Zendaya and John David Washington deliver. But I wish I could say the same about the movie itself. It’s certainly  well-shot and features a pair of powerhouse performances. But halfway through, I found myself drifting away from it, […] 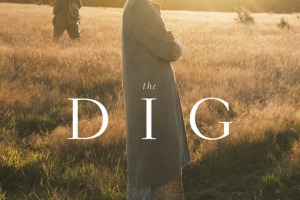 Sometimes, a movie is easy to watch because of its star power. Ralph Fiennes and Carey Mulligan are both a treat to watch in Netflix’s latest period piece “The Dig”, and they’re reason enough to stream it. Of the story, I can only say that it was quite […]