Will Ferrell is dynamite as Megamind, the supervillain who plans to kill his nemesis Metroman and take over Metrocity. But as soon as his dream comes true, he realises how pointless life can be without a hero to fight. Smart animated feature from Dreamworks isn’t as great as some […] 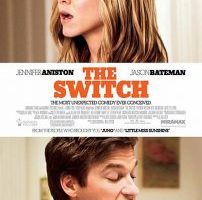 An umarried 40 year old woman (Jennifer Aniston) decides that it’s time to have a baby. When she finally finds the perfect sperm donor (Patrick Wilson), her best friend (Jason Bateman) replaces the sperm sample with his own (can you blame him? he was drunk). Another comedy (or is […]

Brilliant movie from director Oliver Stone about the assassination of John Kennedy, and the investigation that followed his death. Kevin Costner gives the performance of his career as the attorney who becomes obsessed with the case; he is convinced that there’s more to the assassination than the official story (a conspiracy […] 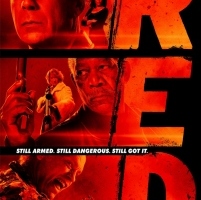 An ex CIA agent (Bruce Willis) who knows too much is now being targetted by a high tech assassin, and his only way to survive is to strike back with the help of his old team (Morgan Freeman, John Malkovich and the always elegant Helen Mirren). Together they embark […]

Denzel Washington teams up for the 5th time with director Tony Scott (they previously worked together on “Crimson Tide”, “Man On Fire”, “Deja Vu” and “The Taking Of Pelham 1 2 3”) in this edge of your seat movie about a runaway train carrying toxic chemicals on the […]

“Where The Wild Things Are” seems to be aimed for a specific audience. Unfortunately, I wasn’t part of that audience. I admire Spike Jonze’s effort (after all I’m a huge fan of his movie “Being John Malkovich”), but I had mixed feelings about this one. A neglected and […]

Following the death of a young man in a terrible car accident, his family tries to overcome their loss in vain. But everything is about to change when the boy’s pregnant girlfriend suddenly enters their shattered lives. Interesting look at grief as told from different points of view (each member […]

Unusual, one of a kind horror movie (a remake of a 2008 swedish film entitled “Let The Right One In”) about a constantly bullied young boy who develops a friendship with the new girl next door. Problem is: she’s in fact a vampire and has to drink human blood in […]

Disappointing Disney movie about a computer hacker (Jeff Bridges) who is abducted into a computer world, where his only way of survival is to compete in a video game competition. With the help of a security program called Tron, he decides to escape. A good premise, but the story runs out […]