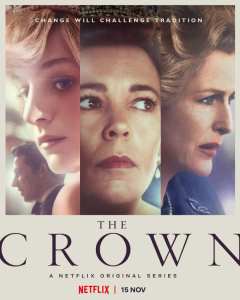 I have been a huge fan of Netflix’s “The Crown” for almost 3 years now. The show has been consistent right from the start, and it gave us plenty to cheer for: lavish sets, beautiful costumes, terrific acting, and a masterful direction. Now that season 4 is finally here, I can happily report that the show has never been better. And you’ve guessed it: this season mostly focuses on the rocky relationship between Prince Charles (Josh O’Connor) and Lady Di (wonderfully played by Emma Corrin) and its consequences on the royal family. We also get to see Margaret Thatcher (Gillian Anderson, never better) in action, as England goes through recession and rising unemployment in the early 80’s. Whether you know your history or not, there’s no doubt that the show is still a treat to watch, thanks to brilliant writing and unforgettable performances. Olivia Colman commands the screen once again as The Queen herself, and the supporting cast has never been more colorful. Criticism? Aside from one forgettable episode, this season has been absolutely phenomenal and will most certainly satisfy fans of the show. I don’t know if we’ll ever seen anything quite like “The Crown” again, produced on such a lavish scale over decades’ time. There are two more seasons to come, but so far, the show has maintained its ability to dazzle me from start to finish. It’s one of Netflix’s best and most important productions.