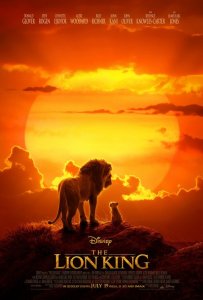 Much like “Aladdin”, “The Lion King” was a big part of my childhood. Beyond the movie, I’ve played the games, collected figurines, and had pretty much every memorabilia you could think of in the 90’s. Nothing could ever replace that, but I’m always open to a new Disney film, even if it doesn’t add much to the story itself. Having experienced the beauty of the live-action version of “The Jungle Book””, I knew director Jon Favreau would be the ideal man to bring “The Lion King” to life. And I wasn’t wrong. This reinvention of the beloved 1994 classic is visually stunning and completely immersive. In terms of story, this new version is almost exactly the same, with a few changes here and there: Simba (Donald Glover) is the son of Mufasa, the king of Pride Rock. Mufasa’s brother Scar (Chiwetel Ejiofor) is the former heir to the throne who would stop at nothing to betray his family. You probably know how the story goes by now. But with Seth Rogan and Billy Eichner as Pumba and Timon, there is plenty of room for fun. Kids will enjoy the camaraderie among Simba and all these colorful characters. Adults, on the other hand, will get a kick out of seeing James Earl Jones inhabit the character of Mufasa once again. Now for the million dollar question: is it better than the original? Probably not. But with that aside this “live-action” version is a fine example of what a team of wizards can create with today’s cutting-edge technology. It’s a feast for the eyes, and that alone is worth celebrating.