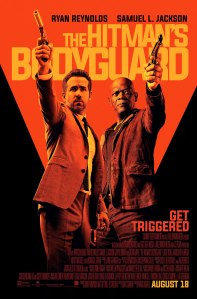 You don’t walk in to see a comedy starring Ryan Reynolds and Samuel L. Jackson with high expectations, so I have to give “The Hitman’s Bodyguard” some credits for delivering the goods so many times. In trying to emulate the “buddy cop” genre, director Patrick Hughes relies on Reynolds’ charm and Jackson’s witty one liners to entertain an audience seeking a brainless action comedy. OK, the formula gets old at one point and the movie itself could have been trimmed a little bit, but Reynolds and Jackson are a hoot together. As a top protection agent, Reynolds is hired to guard the life of one of most notorious hitmen in the world (Jackson), who has to testify against a ruthless Eastern European dictator, played by Gary Oldman. Cue the endless car chase scenes, as we follow these two on a race against the clock from England to The Netherlands. It’s fun at first, but those scenes become repetitive very quickly. What does constantly work is the funny interplay between the two leads. In this cliché-filled summer comedy, Reynolds and Jackson miraculously save the day and make the overall result worth seeing.