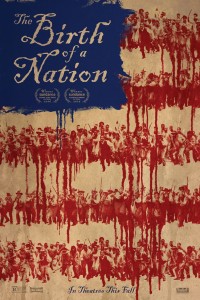 It takes courage to drop a movie about slavery so soon after “12 Years A Slave”. And the fact that it’s called “The Birth of a Nation” and yet bears little resemblance to D.W Griffith 1915 epic of the same name might mislead audiences into expecting an Oscar worthy movie. It isn’t. And the sooner you realize that, the more you’ll appreciate actor-writer-producer-director Nate Parker’s film. It’s by no means a great movie, but it tackles a sensitive subject and features some great performances that I find it hard to completely dismiss it out of hand. Parker plays Nat Turner, a bright kid who grew up to be a preacher in the 1800’s. As he witnesses countless of atrocities against his fellow slaves, he decides to rebel and lead his people to freedom. The period atmosphere is rich and the cinematography is impeccable, given the movie’s tight budget (the whole thing was shot in 27 days). These ingredients should add up to something more satisfying. Unfortunately, and after a solid buildup fueled by gut-wrenching scenes, Parker fails to deliver a good third act and that’s where the movie falls short in my opinion. “The Birth of a Nation” aspires to take its place alongside the great movies about slavery. It’s a shame the overall result doesn’t really hit home.